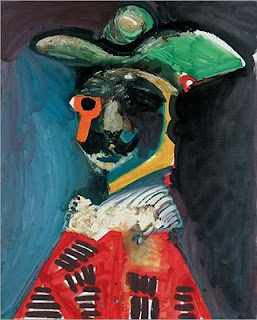 I recently took in a gem of a Pablo Picasso show in Chelsea. The show is hosted by Gagosian Gallery in a large annex space on West 21 Street; it includes his late paintings and prints, works he created when he was in his blessed 80’s and 90's, just before he died in 1973.

Wow, I'll be lucky if I'm painting at that age!  And to create such powerful and expressive work at the age of 90 years old would be a gift in itself.

John Richardson, Picasso's most renowned biographer, put the show together. Mr. Richardson's selections and curatorial layout of the show is collage-like.  It reveals the artist's personality, as well as emphasizing Picasso's central position in 20 Century art right up to his last breath.

The show is packed with paintings rich in colors, lines, and shadows.  They're characters in Picasso's vital, compelling theater of the absurd. They're playful, sexual, and full of life, ready to pop off the canvas.

Picasso was also a master printmaker, and the show includes several etchings and engravings.  They demonstrate his incredible storytelling skills, displaying myths and fantasy with such richness that it is hard to believe the wonders of lines, shadows and shades can illustrate such beauty in the printed art. Only Dürer and Rembrandt were his equals.

As an artist and painter myself, I noticed the simplicity of his technique, which nonetheless achieves dynamic pictorial effects, especially in these later paintings. They're mostly portraits and wild fantasies of art, love and sensuality, the daydreams of a man growing closer to death. Their vitality and energy is thrilling.

Posted by scotto mycklebust at 10:39 PM No comments: 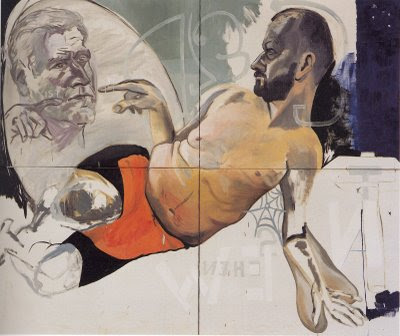 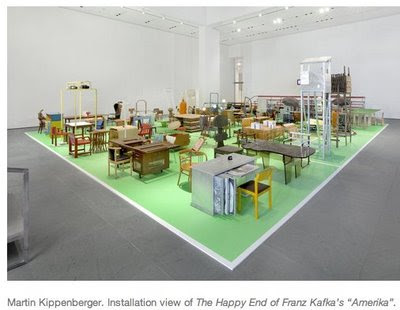 Posted by scotto mycklebust at 4:26 PM No comments: 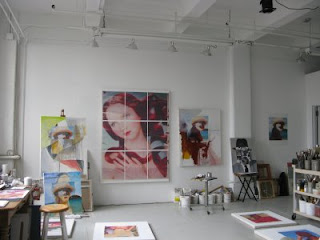 I thought I'd start off the Art Blog with photos of my new West Chelsea Arts building studio. I moved into the new studio on April 1st. It's much larger than my previous Tribeca studio. It allows me to work on several paintings and projects at once. New work is flowing already. I started a new series of paintings which I am very excited about. The work is about opening up painting and using large-format digital images of found prints. In the paintings, I rework the original found images. I paint on them with gouache, and paint over the printed images and cover parts in the photos, blocking them out. This process inspired a large work entitled "24 Panel Painting." The new studio paintings are the start of an exploration.

Posted by scotto mycklebust at 9:43 AM No comments: 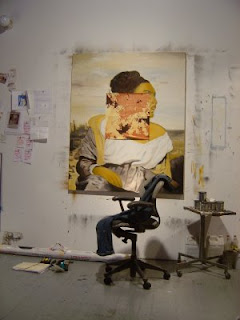 I'm launching my Art Blog to preview current paintings, artworks, and works-in-progress. It will host an ongoing discussion about my experiences as an artist living and working in New York City. I also plan to publish comments on contemporary issues and events in art and culture, as well as contemporary life in general.

Posted by scotto mycklebust at 11:31 PM No comments: